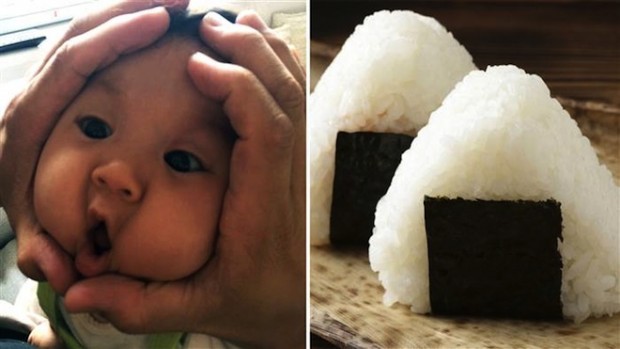 The trend took off after Japanese comedian Masahiro Ehara shared photos of his own children as the prototypical “rice ball babies.” Soon after, parents began inundating Twitter and Instagram with photos of their babies with their faces squeezed into rice ball shapes with a hashtag that translates to “baby rice ball.”

As should probably be expected, the trend has begun transcending babies.

Numerous young adults have begun posting photos of their own faces contorted. Some have even started bringing their pets into things, squishing the faces of their dogs into the triangular shape of the tasty treat.

While hand-molded onigiri rice balls don’t have the same cultural resonance in the United States, the trend has been covered by numerous American outlets including Buzzfeed and TODAY. Could this exposure lead to the “rice ball babies” trend taking off on American social media channels? Only time will tell.