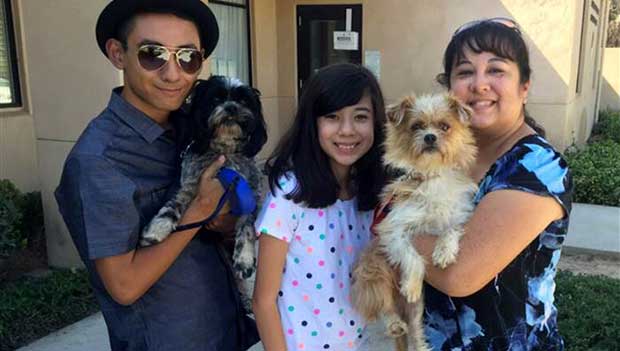 Thanks to a cross country team, some dogs from an animal shelter are getting a little love and exercise.

Around 15 members of the St. Joseph High School cross country team in Santa Maria, California took the dogs from Santa Barbara County Animal Shelter out for a run during a recent practice.

A video of the practice with the dogs was put on Facebook by head coach Luis Escobar. Having the dogs join in on the practice really brought out a sense of happiness to both the runners and the dogs.

You can see it in the video below:

“I had mentioned it a few days prior and their initial reaction was lukewarm,” Escobar shared with Today. “I think they thought that it was kind of lame, and it turned out that it was super cool.”

He continued, “The kids went nuts and the dogs went nuts. It was just an incredible match.”

The run with the dogs took place on the last day of the team’s summer training session. Escobar worked with Stacy Silva and Jeff Clinton, his friends at the shelter, to make this project come to life.

“It’s such a joyful clip to see these dogs out of their kennels and just being dogs,” operations manager for the Santa Barbara County Animal Services, Dori Villalon, told Today. “It just makes people smile.”

The video has also sparked awareness about dogs living in animal shelters.

“At the end of the day, that’s the thing, is to create awareness of the shelter animals that are there,” Escobar shared. “If this brings attention to that, that’s fantastic.” 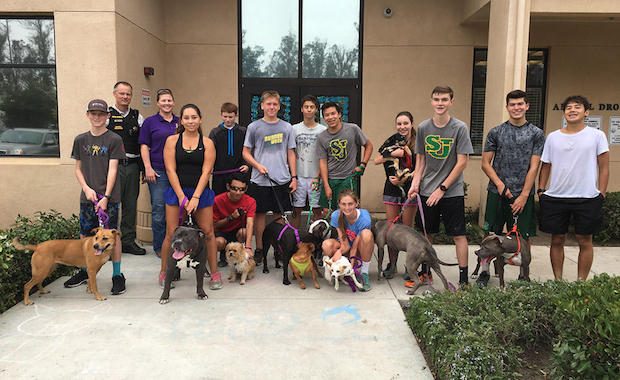 In fact, a member of the team has already adopted one of the dogs from the video. Josh Menusa took home a dog named Fred. The pair can be seen together at the end of the clip.

“When he came home, he was like, ‘Oh my gosh, you should’ve seen the dog, he was so cute,”’ Menusa’s mother, Stacy, shared. “Fred and Josh had already developed this little rapport.”

Escobar now plans to make this an annual event.

“They had so much fun going out there just for the hour that they spent with the dogs,” Stacy Menusa said. “They all got to bond with these dogs, and if this helps people want to adopt a dog, that’s a great message to get out there.”

buzzflurry
← Previous Story Getting Over A Breakup: 6 Steps That Will Help You Cope With Heartache
Next Story → Teacher Brought to Tears When Students Surprise Him With Birthday Party